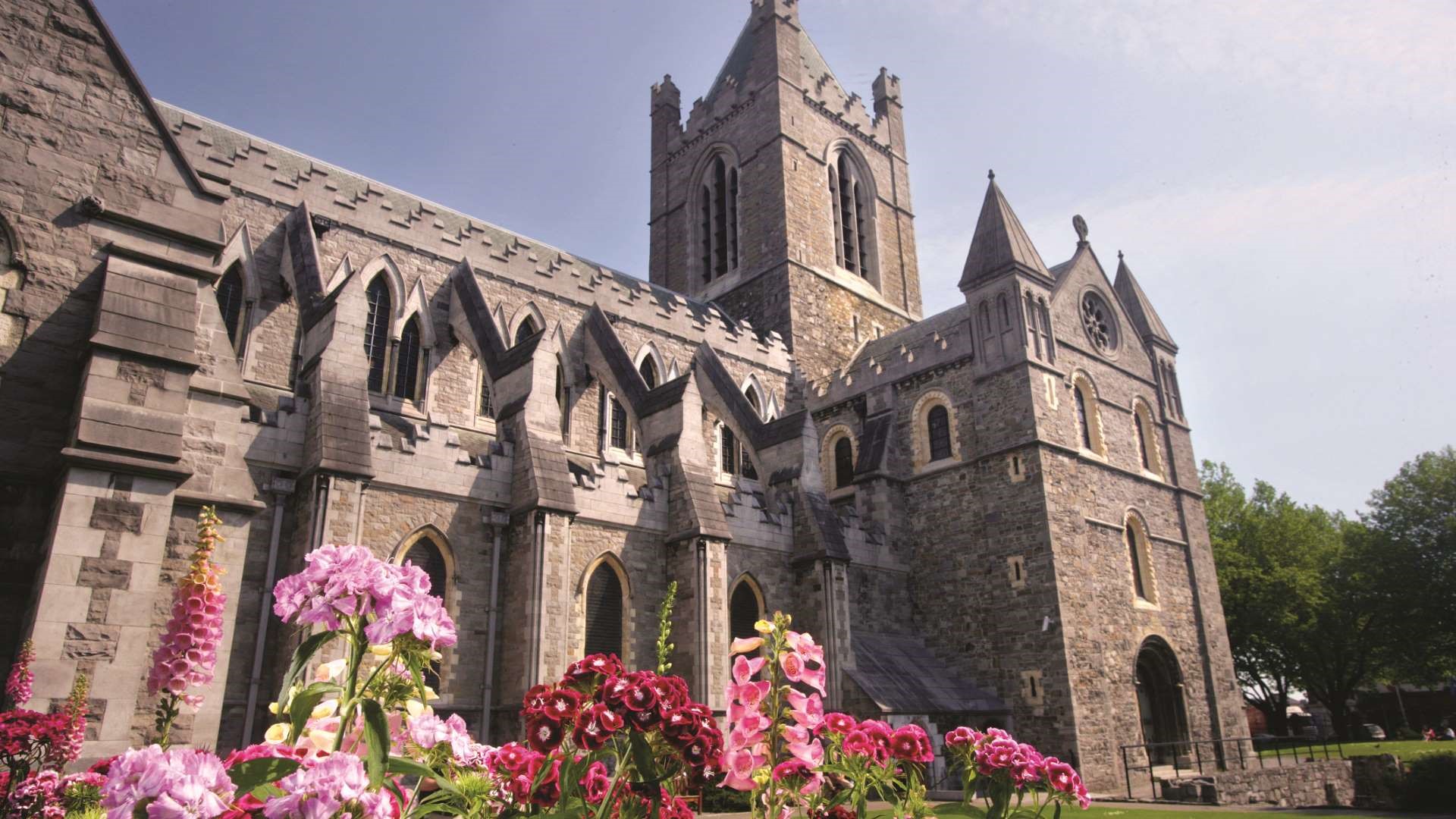 At a 40-minutes’ walk from Egans Guesthouse you can find the magnificent Christ Church Cathedral. More formally, The Cathedral of the Holy Trinity is located in the former heart of medieval Dublin, next to Wood Quay at the end of Lord Edward Street. The cathedral was founded in the early 11th century under the Viking king Sitric Silkenbeard. It was rebuilt in stone in the late 12th century under the Norman potentate Strongbow, and considerably enlarged in the early 13th century, using Somerset stones and craftsmen. A partial collapse in the 16th century left it in poor shape and the building was extensively renovated and rebuilt in the late 19th century, giving it the form, it has today, including the tower, flying buttresses, and distinctive covered footbridge.

Christ Church is the only one of the three cathedrals or acting cathedrals which can be seen clearly from the River Liffey.

The ‘Homeless Jesus’ sculpture is also located in the grounds of Christ Church Cathedral, Dublin.

Casts of the much talked about sculpture have been installed in cities in North America, Canada and Europe. Following a competition among prospective Dublin sites, Christ Church Cathedral was chosen to be the location by Tim Schmalz. The 7ft-wide bronze sculpture depicts a park bench with a faceless cloaked figure lying on it. Passers-by realize that the sculpture depicts Jesus only when they notice the holes in the feet.