The Centre of Dublin 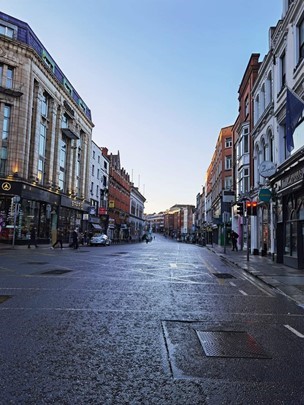 The Centre of Dublin

The centre of Dublin is formed by small, narrow streets and one big avenue, the O'Connell Street. Most of the buildings in the city centre are no more than four stories high and there is an appealing mix of 18th century Georgian and 19th century Victorian styles.

Sights located within Dublin's city centre include The Spire, Trinity College, Dublin Castle, Dublinia, the Hugh Lane Gallery, the Science Gallery as well as the city's two most picturesque parks, St. Stephen's Green and Merrion Square, the main shopping area, Grafton Street, and the Temple Bar. The city centre can be visited in one day walk and it is at a 40-minute walking distance from Egans Guesthouse.